Managing? Or Man Aging? Surviving a heavy workload in your mid-40s 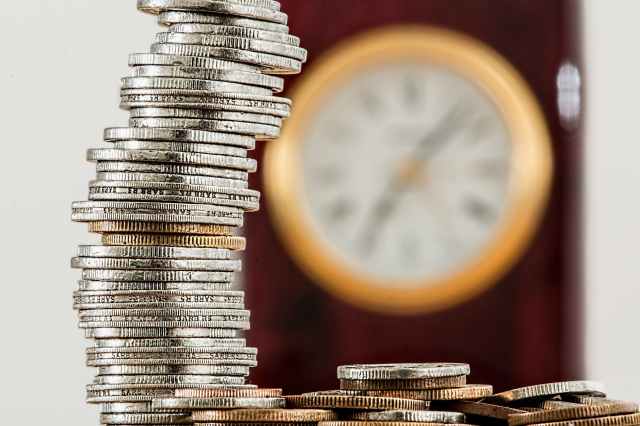 Teaching is the sort of job where an off day is murder. When a class goes sideways, the students start to murmur and rustle, the ship starts to take on water. You come in unprepared, or even sometimes prepared, and an activity might not go the way you saw. No teacher has ever had a perfect record – there’s always an activity that went down like a lead balloon somewhere in your educational closet.

Add different layers to this. Working multiple locations or companies. Commuting to and from them, especially on a motorbike in a place like Saigon. And compound all of it with a fact you’ve been trying to avoid admitting to for years: You’re getting older.

So how to survive the schedule? Mercifully I only need to do so for the next couple of months, after which I foresee returning to full-time employment at one of my current workplaces. But now as I turn 44 in July, the energy and motivation with which I used to attack the schedule is showing signs of waning. That point in life where you wonder how much longer you see the same routine being acceptable or if something needs to change. Here are what I see as the main obstacles and how to counter them (in my case).

Photo by Simon Migaj on Pexels.com

Every job has an opportunity where you “phone it in.” Even a player in the NBA can dog it on defence and watch someone blow by him, which often leads to being cut unless you’re LeBron or KD. Here’s the lesson I’ve done a thousand times, how to keep it fresh? Shopping in a supermarket. Asking for directions. Ordering a pizza over the phone.

The key is to remember it’s YOUR 1,000th time, but for the students, it’s their first (often). I’m still mystified when I teach the “airport” lesson in Vietnam, only to discover many students have NEVER GONE TO THE AIRPORT. You also know which parts can work, or not, based on previous experience. From that standpoint, experience has gotten me through a number of sticky classes simply based on mistakes I committed the first go-round.

All to say, even when energy levels aren’t at their peak, veteran savvy may save the day. But it’s best not to rely on this.

Photo by rawpixel.com on Pexels.com

Turning 40 was eye-opening. Metabolism slows, hair changes colour, a variety of things take place. Teaching little kids becomes tougher as you get more sluggish. Even more so driving in muggy Saigon weather on a motorbike in rush hour, on rutted roads, sometimes 40-50 kilometers a day. In a car in North America, it’s no big deal. But in Vietnam it’s hard driving. You really start to feel it in your back, especially if you’ve been doing it for a few years (four, in my case).

That fatigue can carry over to your time off, where you just want to laze around when you get a free minute. This is an area you must show some discipline. Try to still go running before work, as often as possible. Get the missus to work on your back every now and then. I’d love to say I do yoga and drink healthy smoothies, but really I still cling to the odd cocktail and only do basic stretching. Longevity requires some form of plan, and this is an area I am looking into.

For my inner curmudgeon, this can be a bigger struggle than the others. It’s easy to dwell on stuff that makes you crazy: This city is too hectic, my employers keep pulling trapdoors from under me, my students are lazy, whatever. Being the victim is the simplest narrative.

But if you stop and look around every now and then, reasoning why you’re doing all this work can bail you out. I have a lovely wife, two beautiful kids. Land. Condo. No snow. All of this was not even on my radar in Canada. I have so much to be thankful for. I got cut loose from a newspaper with TWO WEEKS severance. For real? I turned things around and I deserve a pat on the back. And if no one will do that for me, I’ll do my own.

Keeping up a hectic schedule for years and years on end is unwise, but if you know you just have to suck it up and get sh#t done, try and remember the point of it all and attack that mountain of work with a smile (and the odd latte).

I'm a Canadian journalist and teacher, most recently living in Edmonton and Toronto, now located in Ho Chi Minh City. Graduate of Concordia University in Montreal. I've taught English in S. Korea, pulled rickshaws in Canada, taught at a Taiwanese language boot camp, edited newspapers in China and played a French-speaking Spanish colonel on Vietnamese TV. I also play Australian football. Pick up a copy of issue one of my independent comic, "Getting Lucky," at Happy Harbor Comics in Edmonton, the Comic Hunter in Moncton, New Brunswick, and the Spotted Cow Pub, 111 Bui Vien, District 1, Saigon.
View all posts by hodgedude →
This entry was posted in Uncategorized. Bookmark the permalink.