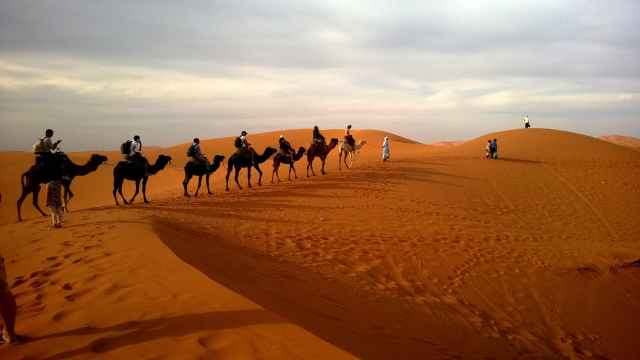 Tan Binh. Binh Thanh. District 2. District 7. All points in between.

That was this past year for me, working all over noisy, screwy Saigon.

Around February I decided to try my luck as a “free agent,” not tied to any one employer on a full-time basis. Sure, there have been a few stints where I was working full-time hours. But for the most part this year it’s been doing four or five different jobs, often in different parts of town, in the same week.

Has it been a wise choice? It depends on your point of view. Obviously having ample time for self-reflection and “recharging my batteries” after six straight years of full-time office hours, preceded by roughly six years (with a year-and-a-half of uneven scheduling) has been good. But financially have I come out ahead?

Photo by Skitterphoto on Pexels.com

Analyzing the numbers, the differential is based on hours worked versus revenue generated. I was recently offered a position with one of the larger educational providers in Saigon, but they presented what all new hires get, per their policy I’m sure. I doubt having eight years experience matters much when you have a surplus of applicants – you simply choose the ones that agree with the standard contract.

But back to them: The original deal was presented as X, but became Y after tax. Then it became Z after tax and without a Vietnamese income tax number. Divide that monthly figure by 160+ hours spent in the office/actual teaching contact hours, and it’s a pretty low hourly rate. The argument made is that “you’re not really teaching, most of the time you’re in the office.” Marking papers, lesson planning etc.

But to me, this is not the right way to look at it. It’s extra time driving across the city, extra pay to the daycare my children attend since the company won’t change its going-home time, and hours spent hanging around when all the lessons are planned and tests are graded. That’s fine for some, but it’s dead time to me. It’s time that could be allocated to chasing up more corporate training jobs, private clients. Having free time to go for a jog. Whatever it is.

If the hourly wage is this amount and I don’t see my family from 7 am to 6:30 pm, it’s not ideal. I essentially turned down the full-time offer because, after eight years of living in Saigon, I gambled I could do better than that hourly rate and still have time left over.

Photo by rawpixel.com on Pexels.com

An example would be an acting opportunity I turned down. It worked out to 8 million Vietnam dong ($400 US, thereabouts) to do a deodorant/soap shoot out of town. I was like “OK, how many hours?” They said 40. Huh?

So $400 divided by 40 is 10. Which still would have been, well not fine but acceptable if I was single. But with two kids, I now have to justify the amount of time against the compensation. Having also been involved with Vietnamese TV shoots, there is a lot of time sitting around/drinking coffee/checking your phone. Spending two solid days doing that would have been soul-destroying.

Anyone who has read anything I’ve posted in the last 10 or so months can see that my motivation is about working smart, not long. All of these part-time positions still entail driving all around a huge Asian city, often in rush hour. The effect on my health may or may not be seen in the years to come. Being beholden to the elements and pollution are aspects of the choices I’ve made.

A funny bit of happenstance took place yesterday at one of the schools where I do a few hours a week; the company that made the full-time offer also had teachers working there. I was already working at the same place I would have ended up anyway, but avoiding the trek back to the office to “lesson plan” when I could just go home at 4 pm. I also know now that my threshold for teaching younger learners is much lower than it once was, maybe 8-10 hours a week is all I can stomach.

One recent revelation has been that my wife and I are eyeing a move to Canada within 20 months. I simply need to buckle down and kill hours and generate revenue until that time. The employment landscape will be totally different in Canada, as well as adapting to my return and her relocation, getting our kids into school, etc. I’ve had little time to devote to the blog the last little while, but I see knuckling down and attacking my work hours being the reality for the next 600+ days.

Updates when they arise, but the future is bright. I’ll master this work-to-life balance ratio yet, and my family will be the ones to benefit.

I'm a Canadian journalist and teacher, most recently living in Edmonton and Toronto, now located in Ho Chi Minh City. Graduate of Concordia University in Montreal. I've taught English in S. Korea, pulled rickshaws in Canada, taught at a Taiwanese language boot camp, edited newspapers in China and played a French-speaking Spanish colonel on Vietnamese TV. I also play Australian football. Pick up a copy of issue one of my independent comic, "Getting Lucky," at Happy Harbor Comics in Edmonton, the Comic Hunter in Moncton, New Brunswick, and the Spotted Cow Pub, 111 Bui Vien, District 1, Saigon.
View all posts by hodgedude →
This entry was posted in Uncategorized. Bookmark the permalink.